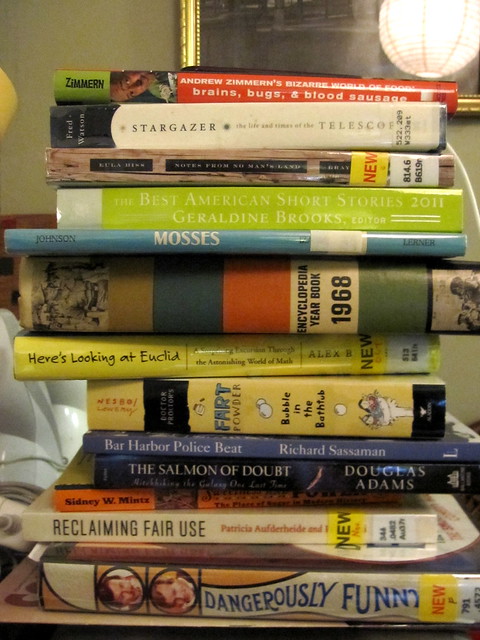 So yesterday was the first and since I’d felt like I’d been totally social all week I had a don’t-leave-the-house day and just cleaned up all the silted-in crap that had been lingering on the “one of these days…” lists. So I got the vacuum out, and framed and hung some photos that had been sitting around, and piled all the “to read” books into one big pile, and cleaned the yik off of the dish drainer, and mailed off some overdue notes and papers and stuff, and put away some stuff that really should go away. It was great. I even got the rowing machine out and flailed around on it a bit. I was also able to blow my nose finally according to doctor’s orders. Gross but fascinating!

I woke up today in a house that didn’t seem like a project. It’s easy to blame the short grey days and prednisone and holiday eating for feeling sluggish and unmotivated, but that doesn’t really help with the actual getting up and getting stuff done part. Internet people have taught me that “fake it until you make it” tends to work for things like this, so I got up and got dressed as if I actually had stuff to do and sure enough, got stuff done. 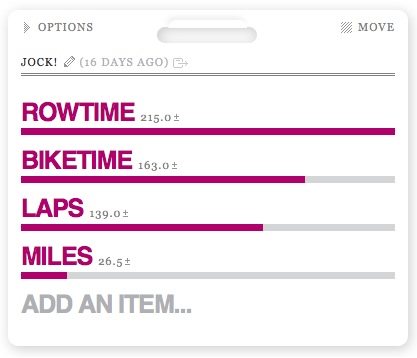 The exercise thing is more of a small part of my life now than it was back when I was swimming at least a few miles a week. I had another shoulder problem this year which was probably brought on by NOT swimming as much (I think it corrects for some of my over-mousing). That, combined with the nose stuff and bereavement/travel stuff made it a pokey year, exercise-wise. That said, it looks like I didn’t even do an end-of-the-year exercise post last year. My goal this year is to do a few miles of something every week, and I’m happy that I have four pleasant choices of ways to do that.

Am also focusing on Albatross List tasks including things like Sell My House and Get Stuff from Indiana [formerly Seattle] and both are proceeding but if you have help/suggestions, I’m all ears. Thanks. And happy new year.