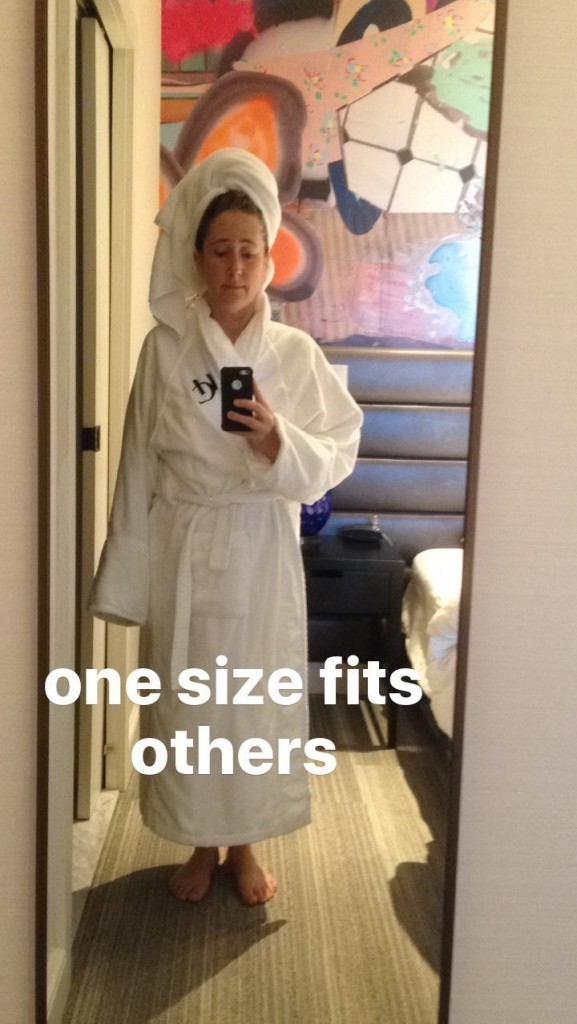 I travel for work a decent amount. I’m not the world’s best sleeper so it can be a little tough lining up places to stay that are

– near the venue
– within my price range
– good for sleeping in

The last two Wednesday nights have seen me in two very different places. Two weeks ago I drove into Boston to give a talk at BU (notes and slides here). I often stay at AirBnBs in cities but it’s tough to find a place in Boston that also has parking. So I asked BU what they suggested and they suggested Hotel Commonwealth. I mainly asked because all of the nearby options seemed so expensive I had a hard time imagining that someone would reimburse me for staying at any of them. I am frugal to a fault and a little out of step with the cost of anything outside of the rural 1950s where I usually live. The hotel was lovely but noisy. The check-in desk was a card catalog and the woman at the desk was incredibly nice. When the room I was first assigned to–right over Kenmore Square, great view of the Citgo sign–was too noisy, she moved me upstairs to another room. I went out for dinner and came back and realized that the room was … I’m not sure, was right under the HVAC on the roof? It was literally vibrating.

I have earplugs and medicines and even can make Audacity play noise for me so I can sleep better, but none of this can combat vibrations. I also get agitated before talks which doesn’t help. So I called the nice lady at the front desk and said “Look I know it’s late but this isn’t going to work for me. I totally understand if there are no other options but I either need to switch rooms or check out.” She consulted with her supervisor and pointed at the screen of her computer and said “Well we do have THIS room…” and the supervisor nodded and I was given one more room key, a free upgrade because I am a princess and the pea and this woman was nice. The room turned out to be their signature suite (check this page for The Loft) and it was larger than my entire apartment and cost more per night than a month at my apartment. It had a pool table, fireplace, television, coffee maker (other rooms at HC did not have these), walk-in double showerhead shower, and separate sleeping nook behind “modern sliding barn doors.” It was definitely the hook up. And yet, it had un-adjustable AC that ran constantly (including right in to the walk-in shower), was bright because not all of the windows could be covered with curtains, had a noisy neighbor who was complaining loudly into her cell phone (“Mooooooom, it’s not FAIIIRRRRRRRR”) and despite the incredibly comfortable bed, was just not restful. I managed some sleep, but it was fitful. When they forgot to charge me for the valet parking, I did not correct their error. The talk went well, despite this.

The next week saw me with a bit of a headcold driving westwards towards Painted Post New York to stay at the Watson Homestead which is some sort of spiritual retreat center and the location of the Southern Tier Library System annual conference that I was keynoting (notes and slides here). I had emailed to make a reservation and said I’d be arriving late and they said they’d leave a key for me in an envelope. When I got there at 9 pm there was no key. I was 20 min from the nearest big town and had been driving for six hours. I was looking for sudafed and a bed. I was wandering around looking for someone when one of the guys in the lobby, Gary, asked me what was going on. I explained the situation. Turns out he was another guest in for a Roads Scholar event but he basically knew how the key system worked and he made a few phone calls, gave me a room key, and left a note for the office people about my general whereabouts. He also said that I could help myself to food in the fridge. I brought a ham and cheese sandwich and some tootsie rolls back to my room.

The rooms were simple and no frills (picture). No television in my room meant I was pretty sure that no one else had one either. The shower was a normal one with a curtain and a handle that just said H and C. There was an orientation guide that started out “Welcome Home…” and hoped that I had a joyous time. I turned a fan on for some noise, piled all the blankets on one bed and slept like the dead. In the morning I went to alert the office to my whereabouts and the woman there said “Oh great kiddo, glad you got it sorted. You’re fine where you are, have a great time.” I stayed the night before and the night after my talk. The talk went great. When I checked out, they charged me the dormitory room rate despite the fact that Gary had put me in the fancier West Wing. It was 12% of the room rate I was charged at the Hotel Commonwealth, 4% of the rate of the room I actually stayed in.

Jim and I talk about the future sometimes and how we want to scoot around the country in some sort of RV. I am into this idea for a number of reasons but the main one lately is so that no matter where I am, I like the idea of always having a predictable place to sleep and, if it’s too noisy, the ability to move it somewhere else.