I had a small dip in productivity this week. I think I mentioned that at the end of last summer I had shingles. It was a super mild case, but I wound up with something called “post-herpetic neuralgia” which is basically nerve pain. It’s super well-controlled with gabapentin, which also has some positive effects on my mood and anxiety level. But, it’s a lot of medicine and so I figured I’d try to taper off of it once I stopped feeling like maybe my nerve pain was a thing (for most people it stops eventually and many people only deal with it for a few months).

Everything was going fine. Over the past few months I moved from taking 1300mg to… 300 and eventually 200. And then BLAMMO all of the sudden not only did the nerve pain come back, but it was accompanied by a rush of free-ranging anxieties, so instead of saying “Hello nerve pain, my old friend” I got convinced that I was immediately dying of any number of really terrible diseases. It makes sense in retrospect, what was happening, but at the time it was just several days of pure panic. Now it’s handled, I’m back on my bullshit (drugs) and I’ll work on this taper some other time. Stupid brain.

But! Before that I’ve been doing a ton of stuff around here (#dadshouse) and then getting finished and saying “Gee, I should have taken a ‘before’ picture.” I wanted to keep track of those things, so here is a list.

A lot of these were just dumb little things that had been back-burnered sort of indefinitely, not even difficult projects mostly. Now that they’re done it just frees up psychic space to just be in a room and not have to pretend to not-see the thing that really needs doing.

There’s always something else to be done in this house, but I’m really working to try to get the broken stuff unbroken and the unseen stuff seen. I did get one before/after photo, from today. 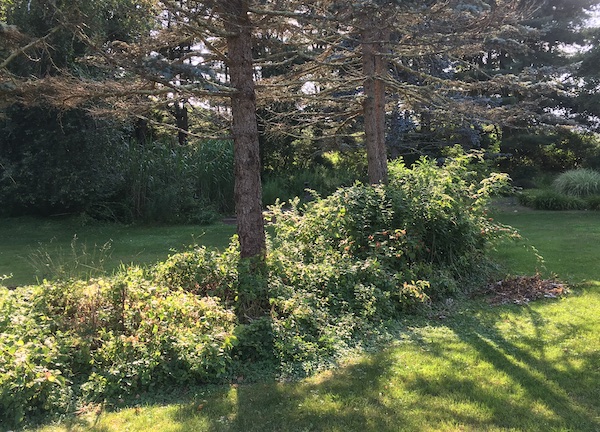