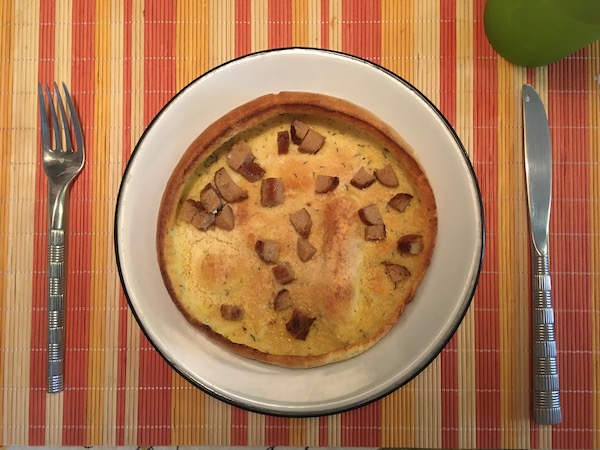 So except for a single slice of pizza, I haven’t eaten anything I didn’t make at home for a month. I’m a decent cook and have a decent pantry. But more to the point, I have a huge tolerance for eating the same thing over and over again. This means batch cooking, even for one, mostly works. But even my usual go-tos got kind of boring, so I’ve been branching out into occasional internet recipes. Here’s some of what I made, though you’ll notice this is as much about getting food as eating it.

We’ve been really lucky in Orange County, COVID hasn’t been overwhelming, and people are great at staying the fuck home. The supermarket, farm stands, farmers and people-with-chickens have created a nice food ecosystem, and we have enough people with enough to be able to help out the people who don’t have enough. Early on I bought some stuff online (soy milk, cornbread, almonds, apricots, too many fritos) and my last cheese delivery came at the beginning of March. So while I really really miss cheeseburgers with friends and porch beers with friends and thai food with friends and the Wayside with Jim, it’s not the food that I’ve been missing. And the food helps me not miss the other stuff quite as much.