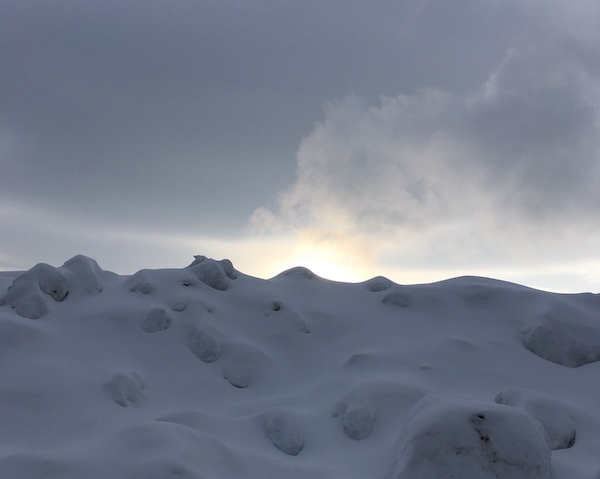 Really trying to at least get an update a month in here, but the news is still basically “No real news.” Kate got vaccinated. Ronni got her first shot. I’ve been going on walks every day that I’m not at home working all day (so out and about maybe six days a week, not bad). Sleep’s been okay. Teeth have been less okay. Gallbladder has been okay so far and I’ve been pretty happy to be able to postpone surgery until a time that is more convenient. My Scrabble game is okay. Jim’s been doing well. I’ve found a bunch of new YouTube stuff–Taskmaster and No More Jockeys–to give me some teevee to watch when I’ve got some extra time in the day. I found my sweaters that I somehow thought I’d gotten rid of. I’ll worry about my memory after there’s some herd immunity.

I read elsewhere about someone discussing how they’ve been coping with all of this. Someone told them they seemed happy all the time. They responded that while they were far from happy–happiness can be elusive during times of great upheaval and restriction and trouble–they were able to mostly be cheerful, put on a decent face when interacting with other people. I’ve been working on the same thing. Obviously I’ve got folks in my life to whom I can just say “This aspect of this whole thing sucks!” However, in a general sense, my public face is mostly not the “This sucks!” face. Now that I’ve thought about the differences between happy and cheerful, and how they can each appear externally, I feel better about saying “Not bad, and you?” to people who ask me how I’m doing, without feeling like I am lying or faking it.

I’ve got nothing but time to think about this stuff when I’m not purposefully hurling myself into time-consuming hobbies like creating a navigation box for State Libraries or Stadium Organists on Wikipedia. Looking forward to warmer weather when it’s easier to walk in the woods and hug some trees, and later months when it’s easier to walk to other houses, hug some friends.