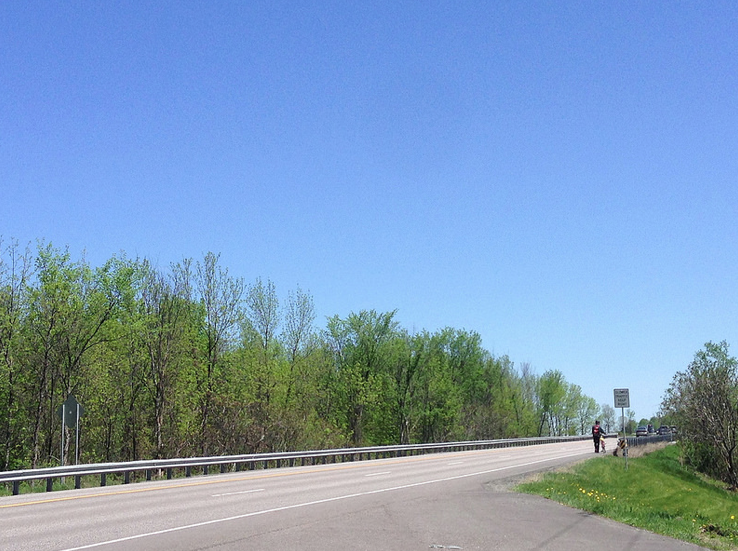 I have gone far too long without an update here. Blogs being what they are, I am certain this has not been a problem but usually I just fail to update because I’m busy or because I don’t have much to say. This time it was much more because I wasn’t sure how to say what I wanted to say. And I still don’t.

In short, I am fine and life is fine, but I made a decision to leave MetaFilter and do a few more things. Unlike leaving a shitty job where you wake up the next morning thinking “I did the exact right thing and why did I wait so long?” this one feels a bit weirder and I think I was putting off writing about it until I had that “This is totally right” feeling but now it’s occurring to me that I may never. It was not a shitty job and yet it was still time to go.

Anyhow, if you know me much at all or follow me on any other social media you know the story already. Revenue was way down, layoffs needed to happen. As employee #1 (after Matt) I had a choice to either continue working but in more of an “everyone works all the time” sort of way or move on and let someone else stay working there. The last eighteen months of working at MeFi had been, for me, difficult. We knew revenue was down, Google’s mechanisms were opaque, Matt didn’t want to tell the community about the problems, he and pb tried an awful lot of cost-saving measures but every so often there would be a “Things are looking worse than usual” email to the staff and continued discussions that the site might have to actually shut down or be sold. As Director of Operations–more of a title that I took when I also had to take a pay cut last year than an actual description of what I did–I offered a lot of suggestions and tried to keep staff morale up, but the final decisions were Matt’s to make. And it was hard, for a long time. And ultimately, as much as I loved the job, I had a few conflicting concerns…

1. I wanted to do more work with libraries. The MeFi job was pretty flexible, but the more public speaking I was doing the more I’d have to get coverage when I was away and the more I’d be working seven-day weeks including travel/speaking time. This was too much. AskMe is an amazing resource and I feel like I had a big hand in making it what it is but it’s not public and it’s not a library.
2. I was getting burned out. People who have done similar jobs know what this is like but I’d find myself looking at big fighty threads and just thinking that everyone was being awful (which, in truth, they may have been) and not wanting to wade into it to help sort it out. The community deserved better than that. Many of the other mods are better at not letting this stuff get under their skin so much. This was a good news/bad news thing. I think I was very good at my job because I cared so much about it, but it also took a lot out of me. And the meticulous attention to the work that I did may have been more than the site really needed. Maybe.
3. I was tired of covering. We’d been living with this news for nearly two years and I’d already nearly-resigned once. After the public announcements were made about the money problems and the layoffs, the community responded incredibly positively and started donating a ton of money to keep the lights on. This was, for me, incredibly gratifying but also sort of a bitter pill since it was a thing I’d wanted to do much earlier in the game, when I was still around. We’d launched a mod-intensive subsite a month before we were announcing that we were laying people off. I love the subsite, I thought the timing of the move was a mistake. But I think more to the point, I was tired of being one of the main public faces of a site where I wasn’t calling the shots, and disagreeing with some of the shots. Matt’s a wonderful guy as a person, he has some shortcomings as a boss. I’m certain I have some shortcomings as an employee. I really wanted to be in a workplace situation where I could work hard and get positive feedback for that work, or if not, feedback on how to improve. Instead I got paid well to work in a vacuum which was great but weird, mostly left alone but with occasional “Hey we’re going to make some big changes in 48 hours” emails. When Matt’s post on Medium about “the troubles” mentioned me only for my scheduling work, that stung. And made me think, more than anything else, that I was making the right decision. I needed MetaFilter to be less about me and I needed me to be less about MetaFilter.
4. I had a place to go. When the MeFi stuff started being difficult I decided I needed a hobby and I started a volunteer job over at Open Library helping do the support email there and beef up their FAQ, trying to make what had been a bit of a ghost ship into a live concern. As I was casting about thinking about what my Plan B was going to be, I asked them if they’d consider bringing me on and they said “Sure!” So I started a part time gig there a month before I left MeFi. Longer description of that here. And, since MeFi was such a good job for so long, I have a chunk of money in the bank so I don’t have to start scrambling for other work just yet.
5. I am aware this may sound snotty but I think I had sort of peaked at MeFi. I wasn’t sure there were new paths to explore there within the structure as it was and I didn’t see the structure changing. Ultimately I took the place from a Matt-and-sometimes-Jess place to a site with a staff of eight round-the-clock employees and a bunch of community-enhancing stuff (April Fool’s events, holiday swaps, music exchanges, the MeFi Mall, a user-built wiki with full podcast transcripts) better than any place else operating at a similar scale. A place where you could read the comments and not be appalled at how terrible “internet people” can be. A place where even if you did have a bad day, you’d have a chance for a better one. A place that was a good place to work as well as a good place to hang out, for the most part.

So it worked out. MetaFilter did right by me and I think I did right by MetaFilter. I’ve committed myself to not starting to look for other work until the summer starts winding down. I’ve been keeping up on my public speaking and redesigned my “Hey you might want to hire me” site and it looks really nice. I’ve taken over the Twitter accounts for Open Library and the Vermont Library Association and I’ve recommitted myself to reading books as if it were my job (check the reading list). I’ve been pruning the junipers at my dad’s place a lot these past few days and realizing that my grandmother (who used to do this a lot) may have really had something there.

And MetaFilter? It’s still my internet home and I’m still there a lot of the time, but being there because I want to be is a whole different kind of being there, and one that I like a lot.