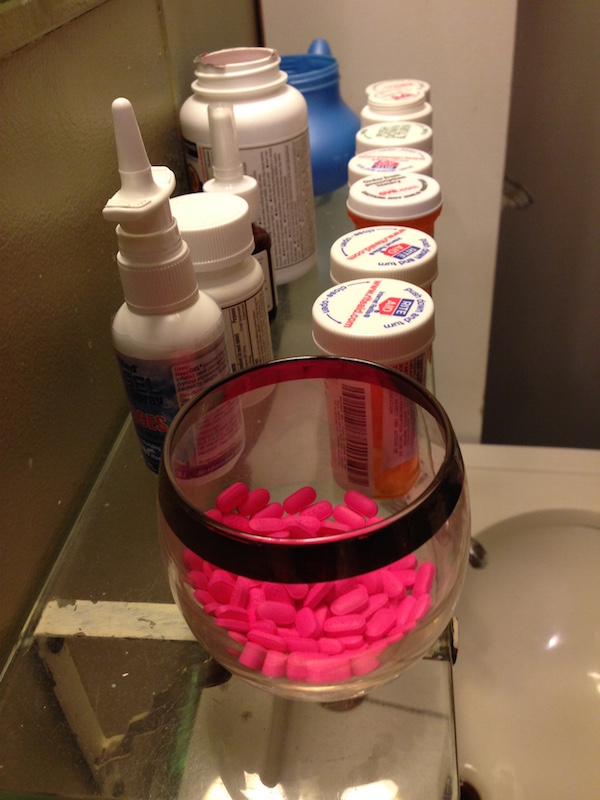 So it’s been a set of months. I did go to London which was great, but I’ve spent most of the rest of the time dealing with variants on a “My sinuses hate me and the feeling is mutual” theme. I’m not even better but I’m at the point where I’m not taking Advil every night to sleep which means I’m well enough to sit up and type and not just want to recite the litany of remedies which I have been trying (and I DO NOT want your advice on what else to try, thank you for caring but I have had it). So hey, I had a weekend which was notable because it was fun and not just because it was pain-free or because something really fascinating came out of my nose.

Jim came up after I’d gotten through watching Gone With the Wind for the very first time with my friend Wendy. It’s hard to explain how you can dislike a movie viewing experience so much (all those characters were awful) but also be glad you went. It was about time I saw it. I enjoyed reading about Hattie McDaniel very much. Then Jim met us and Forrest and Kelly for food and beer at the restaurant across the street and it was great to see people and hang out and be hungry. Jim and I retired home to watch a good episode of Saturday Night Live (we have a standing date to watch it together, if not in person then at least at the same time with a chat window going). Got some good sleep and woke up the next day to have a late lazy breakfast and then went to Silloway Farm with Kevin and Karen to have maple snacks (sap boiled hot dogs, maple kettle corn, cider donuts with syrup for dipping, sugar on snow with a pickle on the side) and sit around in a room full of maple steam, saying hi to neighbors and friends.

Afterwards, I dragged Jim to my “Bethel University” graduation. I taught a class for a little pop-up school thing that Bethel is doing and had ten people learning iPads for a few hours at the town library. The graduation was a chance for teachers and students to get together in the Bethel Town Hall and have a potluck meal and share some of what we learned and taught. I met some people who took line dancing, one of whom is a longtime driver for the Dartmouth Coach who I sort of recognized. Jim headed home and I hunkered down and got some reading done and prepared to start my week. It was so nice, so normal, so devoid of tissues and sneezes and random pains.

I also wrote two things that you might like to read in this past week. The first was a nerdy copyright article about Flickr and why they didn’t have a public domain setting and why that meant SpaceX’s photos (which they wanted to be in the public domain) were not actually available. And then a funny thing happened… Flickr changed their policy. Now I don’t think this was a coincidence, but it also wasn’t one of those “I did this!” things. It was just a cool thing that happened as a result of the work me and others have been doing for a long time. I wrote a nice little follow-up article sort of summarizing and giving credit where it’s due. They’re both worth reading. No foolin.