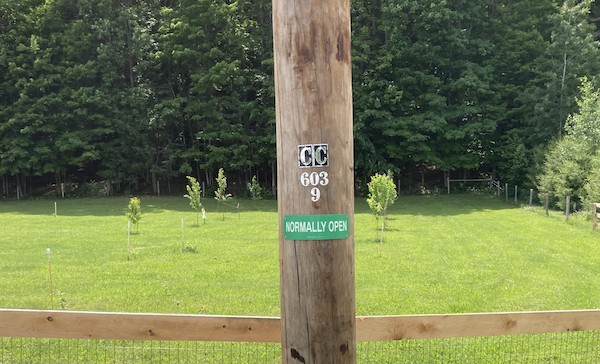 I feel like I’ve gone through a lot of this pandemic in a Groundhog Day sort of every-day-like-the-last situation. I am just thankful for the seasons so something has been changing. But this last month has been eventful. Apologies if I didn’t tell you some of this stuff in person, I’m not the best communicator about emotional things, or big news.

A lot of this news runs together but one part that didn’t is that Jim finally got to meet his biodad–you may know him as Klaus Flouride from the Dead Kennedys (backstory)–and it went really well. I zipped down for a meal with them and it was really nice.

The larger news is that Ronni Solbert, who many of you know as either my landlady or the illustrator of The Pushcart War (among other things) or both, died a few weeks back at the age of 96. I’d known this was in a works a few weeks earlier. She had decided to enter hospice, and told me, and when I asked how I could support her she said “Keep people away?” so I mostly did. She was well looked after by a collection of family and friends. I’ll save a longer remembrance for later since my thoughts haven’t really coalesced in any particular way yet. I’ll miss her, she was good company a lot of the time and when she wasn’t, she was at least interesting company. We got along well.

Many people had asked me before now what my plan was when this happened. What was happening to the house? Ronni had done me the favor of telling me she was leaving the house to a collection of family members in a trust so they’d own it straight off. I know relatives of those family members and we’d had a talk before Ronni died just letting me know “Hey nothing is going to happen fast. You’re welcome to continue on here while things get sorted out.” I tend to dislike uncertainty so this was a gift. At the same time, the housing and rental markets here are bonkers. And yet, we’ll be selling my mom’s house just as soon as we finish the septic work (a few months?) and so I have options. I want to stay in Randolph because not only is it my home–I’ve lived here for 14 years–I’m also an elected official (JPs need to live in the town) and I’d hate to stop doing that just because I didn’t have a place to live. My worst case situation was staying at my dad’s place in Massachusetts while I figured things out. Not the worst by any stretch, but not what I wanted. I had some weird feeling, as I often do, that things would somehow work out.

And, long story short, things did work out. I have a friend who grew up in Randolph who mostly lives in France now. She wanted to sell her childhood home because she was tiring of renting it to people just so she’d have it available for the few times a year she was back in Randolph. It’s a little big, it needs some work but nothing major. It’s not quite as funky as this place, but it’s also less funky than what I thought I’d wind up with (the old karate studio? that giant orange place? a trailer on my friends’ back 40?). She was looking to sell for about what I was able to spend, so we’ve signed some papers and we have a closing date of August 15 and she has an agreeable situation with another friend to have a pied-à-terre there when she comes to town. The street address is one digit different from the street address of my sister’s first home which has some nice synchronicity. Here are a few photos.

I haven’t owned the home I’ve lived in since the early aughts, this will be a big change. Right now there are a lot of goodbyes to say, assessments to make and, frankly, time to kill before the next big thing.