It’s been a good long while since I’ve used this blogospace to talk about other blogs. I still read a lot of other people’s news in the form of twitter, facebook and yes, blogs. Rafe Colburn pointed me to something I never would have seen otherwise, a post on a NY Times sports blog where Notre Dame Athletic Director Jack Swarbrick talks about why he moved back to Indiana. Since I’m one of those lucky people who could probably live anywhere in the world, people sometimes ask me what I’m doing here. This guy’s answer resonated with me.

Iâ€™m really all Bay Area at this point. Iâ€™m loving it out there. In the course of this dinner, Tom tells me that heâ€™s moving back to Detroit. I said, â€˜Thatâ€™s crazy, why are you doing that?â€™ He said: â€˜If you can live anywhere in the world, you ought to live here, because itâ€™s fantastic. It has all this natural beauty, and the weather is great. As a consequence, so many people who live here donâ€™t have a reason to be somewhere else. Theyâ€™re attracted by those thing as opposed to something else.â€™ He said, â€˜I need to be someplace where thereâ€™s a sense of community because thatâ€™s what motivates me.â€™ That was an absolutely light-bulb moment for me. I said: â€˜Thatâ€™s me. Thatâ€™s what motivates me.â€™ On a dime, I switched and said, â€˜Where can I get involved in the community?â€™

It’s not so much that I think Randolph, Vermont is the only place for me, or that my family has been here for generations or whatever. It’s that I really like living in a small town, where I have a special job to do and where people still need to learn the sorts of things that I teach. And I like living in the woods and despite my grousing about the mice, I like living close, really close, to nature. I like having a short list of options even though I’m aware it’s a sort of artificial constriction of the whole list of what’s possible. There’s always the larger bloggy world when I need to go someplace I’ve never been before. Thanks, Rafe.

I did manage to not buy anything yesterday, but that’s partly because Jim paid my way into the JFK Library/Museum [by previous arrangement, that’s my idea of a nice date] and paid for some gas. I looked at my credit card statement to pay it off today and realized it had paid bills in my absence [a few bucks to ebay, a charge from a few days ago that cleared yesterday] and that really it’s pretty tough to have a day that doesn’t involve spending any money even though I don’t spend money all the time.

Sometimes I feel like I’m evading imagined pursuers in the ways I travel and make plans. I was away for a week this time and had a really stupidly good time considering how many things I did and people I saw. I also think I didn’t get sick. I’m home eating heirloom apples feeling the wind leaking into the cracks in the house and am happy to be here. Here’s a bulleted list of the holiday week.

Woke up today and it was sunny and windy outside and I’ve got a whole weekend at home alone for only the second time since August.

I went to New York City for a long weekend. I was working there on Monday giving a few talks and I figured I’d show up early and see some people. This was fun, and a good idea, though it meant that when I finally showed up in Roslyn the night before a long day of work, I still had a few finishing touches to do on my talk. It all went fine, despite my night-before concerns which are becoming sort of formulaic [I worry it will go badly, I will get no sleep, I will somehow embarrass myself or oversleep, or both!]. You can see notes and slides here. It’s a 100% new talk [not a single recycled image except the moss theme] which I am proud of.

Monday night I hung out with friends for dinner and then got up early on Tuesday [not my choice, that’s when the building renovations start, eight on the dot] and walked from the East Village to Grand Central station complete with backpack. Along the way I stopped at a chi-chi coffee place that I liked and managed to be so concerned that the gal next to me would knock over my coffee that I knocked it over myself. Mostly on to myself. A little on to my laptop. Now people who know me know that I “rock” a Macbook Air [thanks MetaFilter] so it’s a sort of spendy item. I swear as soon as the coffee hit my trackpad, the gal next to me grabbed her phone and twittered it.

I basically drink my coffee without sugar just in case of this sort of eventuality so I mopped it up and was pleased to see that everything still worked. Except the trackpad button. Now the new Macs don’t even have this button but I’m sort of fond of mine. In fact I even turned off tap-to-click some time ago. This meant that with my mouse button busted, I basically was immediately transported into no-mouse land with a five-hour bus ride approaching and only one book to read. In short, I was doomed. All I needed to do was borrow someone’s mouse for thirty seconds and I could click the checkbox and I’d be fine! So began my saga.

Here are places not to get a mouse in Manhattan: Staples [$29], cell phone gear shop [$20 but they’d sell it to me for $15], Rite Aid [they said they sold them but could never show me where they were]. Other places to not get a mouse: NYPL [SIBL and the downtown branch – nothing in lost and found and no one was going to lend me a damned thing], Grand Central Lost and Found [if the guy could have detached his own mouse he would have let me use it but it was locked down under the desk] Kinkos [same]. No one brings mice with them when they travel anymore. No one on the bus that I asked had a mouse to borrow.

I was resigned to my fate [and called my sister to have her Google this problem “how do I turn on tap to click when I can’t click” and the answer was a resounding “you’re screwed!”] when my mouse functionality came back a little bit. Enough to click the box once, not enough to use. I had to put my laptop to sleep and wake it up with the mouse positioned over the check box and click and hope. It finally worked. I learned to use most of the laptop’s keyboard navigation features and hack Google searching to just type words in the URL box and hope I’d get lucky with whatever page it sent me to. I never was able to click a link, I suspect the button was stuck ON for the majority of this trip. I spent a lot of time on chat bemoaning my lack of mouse button and asking for tips from other people who mostly couldn’t believe you could laptop sans mouse.

Now that I’m home, the laptop has mostly fixed itself. I’m trying to figure out what other way I could have possibly solved this problem short of calling friends who worked in midtown and saying “Hey can I borrow your mouse?” I sure did enable tap to click though. 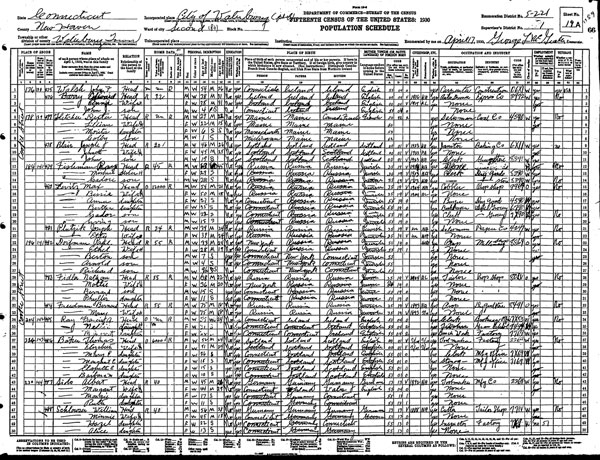 I went to a mini-conference thing over Halloween weekend. I was invited by someone I’d sort of met at a library conference. She was now pretty geek-aligned and asked me to come speak at this conference-thing. I keep not using the word “conference” because it’s pretty tough to call 35+ people getting together at a music camp in the Canadian woods to talk and drink and play Werewolf and dress-up really a conference. Maybe it was more of a skillshare. Only a skillshare with Really Good Tech. It was called BitNorth.

I did one of the keynotes which means I had 20-25 minutes instead of 5-10 to talk about… anything. I knew I’d be talking to tech people and so wanted to talk about something a little offline. I put together an assortment of slides talking about moss and why it is so awsome, but scrapped it in favor of talking about how to change stupid rules which refers to the back and forth I had last week with the Des Moines public library over their “no photography” policy. I was going to talk more and link more to all the wonderful folks I met there, but it’s now two or three days later and I see myself not doing this so I’m just going to click “publish.”

So, I didn’t talk about moss, I saved the mosslike Keynote theme I made and now I still want to make a Moss Is Awesome talk. Maybe for next year. Three cheers to Alastair Croll and the rest of the Bitcurrent crew for inviting me and putting on such a terrific event.