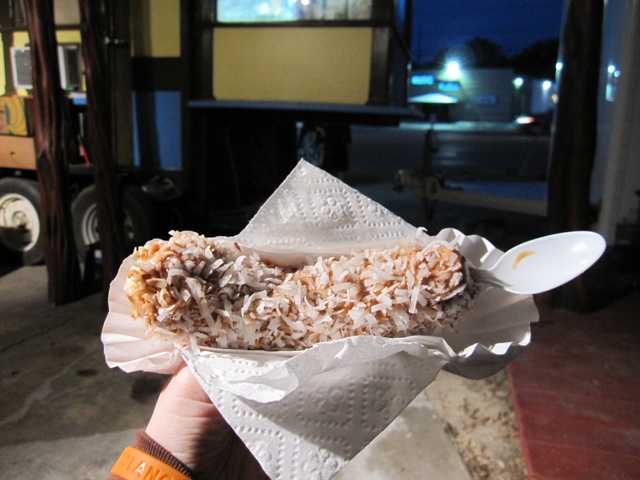 I went back to Austin for TXLA and was pleased to get to eat at a ton of places that were terrific without the usual lines that sort of plague everything during SXSW. My write-up of the actual conference is over on librarian.net. Since most of what I did in Austin this time was eating, sleeping, or attending TXLA, I’ll cover all bases.

The sleeping part is simple. I stayed here, a very nice AirBnB place that was everything I could have wanted, except possibly not being a treehouse. Nice price, great location, well furnished, terrific. Having my own little apartment made it easier to manage my own schedule without having to put a Do Not Disturb sign on my door or get dressed to go have coffee. And the food, wow. We lost our only “Mexican” place here in town; it’s been replaced by a decent coffee shop so I can’t say I’m too disappointed, but I do hanker for guacamole and beans and rice, pretty much constantly.

I think the preponderance of food photos and food talk and food twittering online is often a way of letting people know both 1) I like food, I am a person of decent appetites and also 2) I am taking care of myself. See? Food! I feel self-conscious talking about food much since it’s always the cliche “I don’t care what you had for breakfast” response to people who like twitter/facebook/social media. But whatever. You might care what I had for breakfast. And if not, we are still internet-friends, or real ones.

This week I’m back on Jessamyn Chow which is mostly Kashi-type cereal, english muffins and a lot of brown rice and coffee. So far okay. If you’re wondering how I managed to maintain a list of all these places, I’ll point you to Foursquare where you are more than welcome to be my friend. It’s got limited utility, especially in a place like Vermont, but as a “Hey where did I eat last week?” listing machine, it can’t be beat.

I leave today for a few days in Texas with a stop in Boston on the way out and back. I’m giving a longish [80 minute] talk that is more or less all new. I’m excited about it but at the same time having a hard time putting all the final pieces together. The good news is that I am the sort of crazy person who procrastinates doing one thing, by doing others. So I’ve… 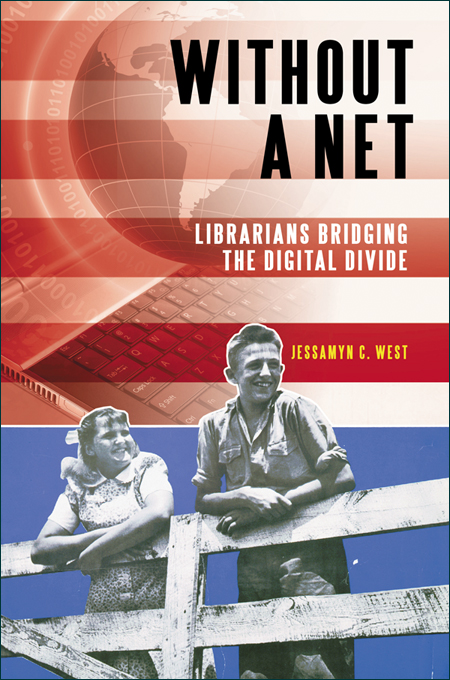 This book has been so long in the making that I think every single person who has been any sort of part of it now swears when they mention it. Barring disaster [which I have said several times previously and then endured several near-disasters] it’s at the damned printer. I’m not sure I ever linked to the final version of the essay I wrote about writing the book, but you can read it here and expand the timeline out into April a little bit but I’m really hoping the next email I get about it is asking “Where do we send your copy?” The crazy thing is that I know that even though I swear I will never write another book again–something you frequently hear from authors at this point in the game–I’m also still thinking what my next book might be about. Irrational.

Anyhow, if you know me you’ll know that I’d never tell you to go buy my book. Buy what you want. That said if you want to buy it ABC-CLIO sent me this flyer (with the old name of the book on it lord help me) offering 20% off to TXLA attendees and, really, anyone who types in the promotion code. You can grab the flyer here. I think if I do the math right, I’ll have to sell 130+ copies before I have even paid off my (quite capable and terrific) indexer, much less me. I wonder what it’s like to actualy do writing for a job as opposed to writing because you can’t not write? My landlady keeps asking me when the book is coming out because she thinks that once it’s out she can read it and know how her computer works. I do wish that were so but it’s probably not.

Meanwhile we’re having the last snowstorm of the season and I’m reminded that having a slightly porous memory can be helpful so that I don’t remember that I’ve said this “last snowstorm of the season” thing before. I went down to MA this weekend where there was enough spring-pollen-ish stuff in the air that my seasonal allergies (and some associated vertigo) kicked in. In other Jessamyn-health news I went for a checkup and am in terrific outward shape but probably need to do something about my cholesterol and the weird ache I have in my shoulder. The health insurance I have through work actually gives me money [well gift cards, which are sort of like money] for getting an annual physical. And, since I have multiple jobs, I have an additional workplace wellness program at the other job which gives actual money (not gift cards) for doing a bunch of crossword puzzles about health-related topics and keeping track of my sleep schedule.

There’s a new tapas place in town which I know looks like a typo but is true. I went there with some friends last week and am going to check it out again today. Pretty sure I can get cholesterol-friendly tapas. Today is the first day of the rest of my winter.