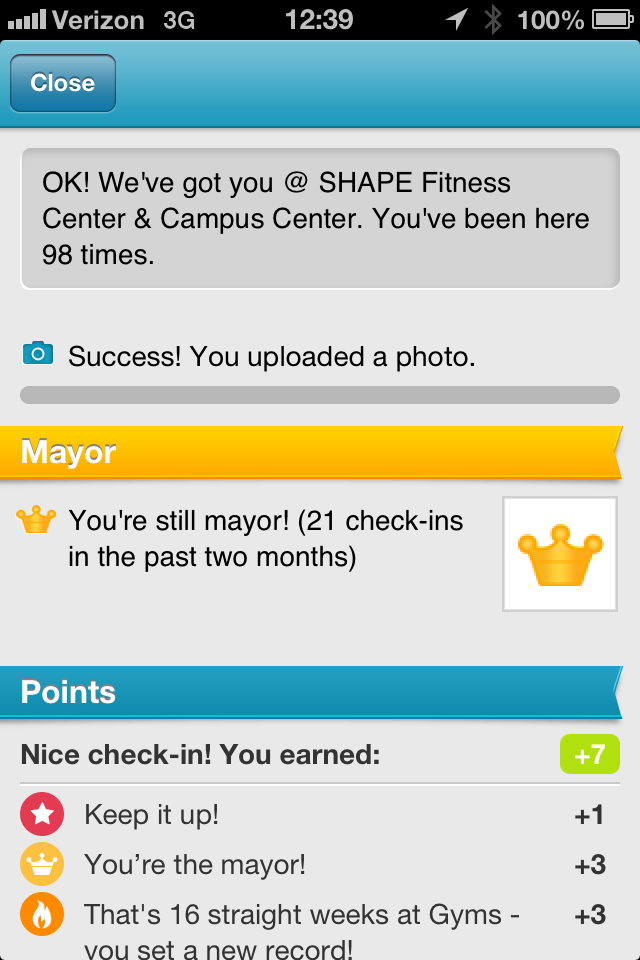 I swear I am not turning this blog into some sort of Pinterest thing–although I will note that we did that for MetaFilter on April Fools Day and it was pretty well-regarded–and I haven’t really been traveling much or anything (up and back to MA, not much else) I’ve just been taking photos of birds and sleeping a lot and waiting for Spring to come. Which it seems to have mostly done today. Yesterday I walked to and from work in the rain since I needed the exercise. Today it was one of those days where you talk about it to everyone you meet. “Today is just a terrific day, isn’t it?”

And I’ve been going to the gym. A lot. I don’t know if you pay any attention to Foursquare but it’s one of those location-based things you can do with your smartphone where you “check in” when you go places and you can keep track of where you’ve been and see if your friends are at the places where you are (for me, here, usually, no). But it’s good for doing some gamification of stuff that might otherwise be difficult, or more difficult. Hey I’m the Mayor of the gym (meaning I go there more than anyone else who uses this app)! Hey I’ve been there every week for the past four months! Hey I’ve been there 98 times since I started counting! Between that and only watching recent episodes of addictive television shows like Elementary (the US Sherlock Holmes, not bad at all) and House of Cards (Netflix-based political drama) when I’m there, I go to the gym a lot. Ride the bike. Walk around on the revolving sidewalk. Swim in the pool. Take a long hot shower that is longer and hotter and higher quality than my shower at home. Get real tired, get real clean.

Oddly while there are some tasks that I do that I seem to always resent “I did the dishes YESTERDAY and they are dirty again?!” there is something about getting all tired out that is something I look forward to. I’m keyed up and spend a lot of time, especially lately, interacting with other keyed up people on the internet. Starting real soon now I can go run around in the woods instead of a pretend never-ending sidewalk, and even though it’s going to be a bummer for all my stats, I’m pretty excited about it.