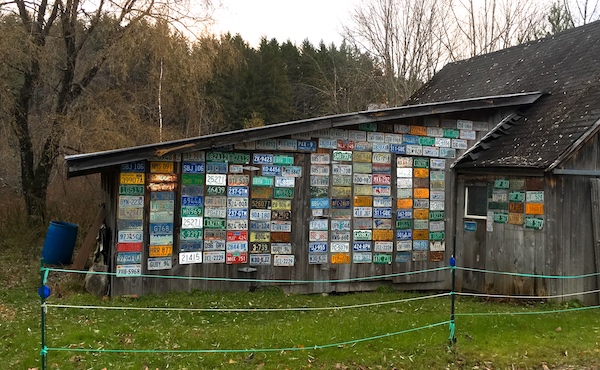 Yesterday I slept through my alarm and nearly missed my court date. Today that same alarm woke me right the hell up but it’s a Saturday and I didn’t have to be awake but hey there is stuff I can do.

The last month was sort of a blur. I went in for a routine “Hey can you refill my anxiety meds prescription?” appointment and my slightly-new-to-me doc said “No.” (for a number of reasons, none of which had much to do with me) In addition to making my anxiety sort of spikey, this just set off more appointments and more “wait and see” nonsense and it’s been a month of alternating between irritable and frightened, so I haven’t been super chatty. Things are mostly stable for now. Though I still lack a long term plan, I am set up for the near future. I don’t talk much about my mental health here because it’s boring to me and it’s always been one of those “I have some issues, they’re being effectively treated.” things. But it might explain why I was MIA in a lot of October.

I did do a few things however. I testified in the trial of the guy who defrauded the town by doing a Kickstarter to raise money for a drive-in movie projector and then skipped town with it. I was the star witness. Exciting. I did a different thing for Halloween (walking around with friends instead of handing out candy) and it was a nice little shake-up to a routine. I’ve been helping a friend campaign for a state office which is where this photo is from, the hills of Granville. Drop-in Time continues and I tweet a little thread about it every week. Tuesday I work the polls all day. Today I get in a car and go see Jim in his new apartment in Belmont and visit with him and his friend Karla. Before that I help my sister clear some stuff out of my mom’s house.

The days are shorter. I’m spending more time in bed with the covers over me with my nose in a book. I’m on track to read 100 books this year which was my “stretch goal” (booklist is here) and maybe do 100 library visits. I have to put my snow tires on. We all get a free hour tomorrow. My friend has a tag she uses on Instagram that has always resonated with me #thingsthatmeasuretheday and that’s where my head is at lately. These are the things. They measure the day. And that is enough for now.