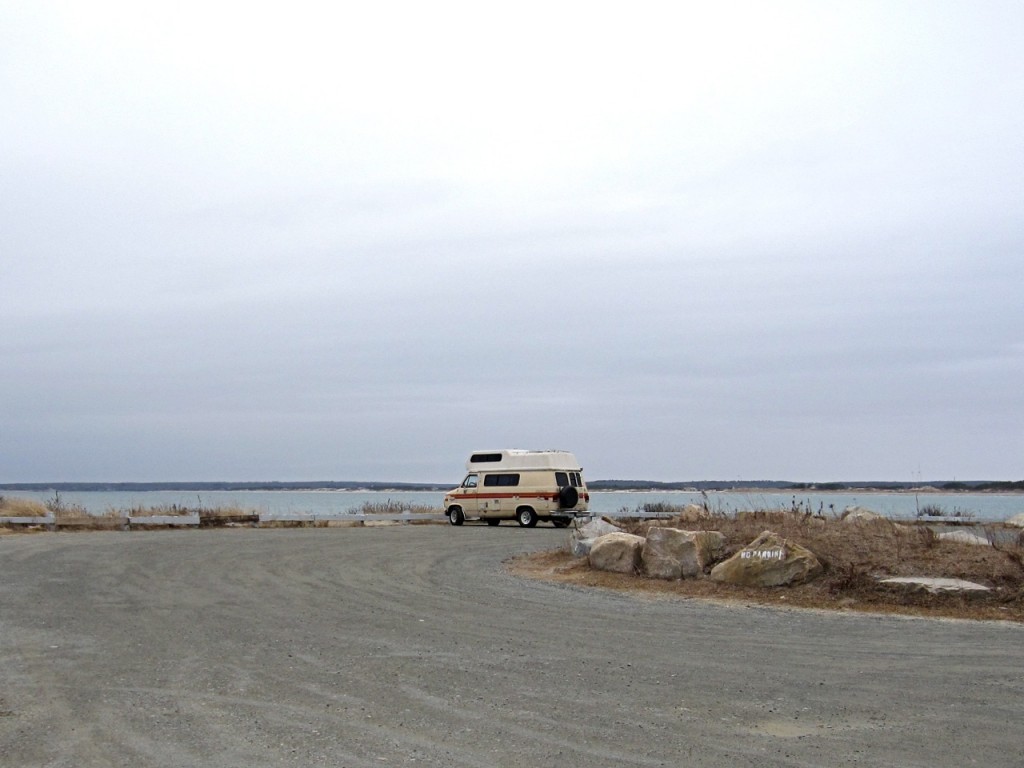 I think I mentioned that I’m traveling. For the last week I’ve been staying at my Dad’s place in Westport MA while he’s in Mexico. I have the run of a house with five bathrooms, six TVs, four pets, a delightful kitchen, an SUV and a beach within almost-walking distance. And I’m on deadline to write a few talks, so I’ve mostly been hanging out inside doing some typa typa work, listening to bhangra music and making the cats purr.

At first this was all novel, now it’s just hunkering in a new hunkerplace. I’m a fan of hunkering. Vermont got several feet of snow. There has just been rain here. I’ll take the dog out to the beach in almost any weather, but he’s not raring to go in this sort of downpour. At first I was taking a lot of photos and making a lot of plans and busybodying myself around here [I washed the couch cushion covers, oh yes I did] and now I’ve adapted to a slower pace, a different rhythm, a little more Johanna Newsome and a little less bhangra.

Jim was up last weekend and we did a lot of food eating and Olympic watching and Valentine’s Day catchup. Kate and Ned are coming down this weekend along with a friend who is having a birthday and we’ll have some sort of cupcakes. It surprises me sometimes how staying in one place for a while seems to settle me down to an almost non-vibratory state, but that I also don’t have as much to talk about. And I say I’m surprised by things more as I get older and shouldn’t I be getting surprised less?

A friend from library school [hi Anne!] had the words STAY and ROAM tattooed on her knuckles. When I travel to tiny libraries to tell them about how we do things in rural Vermont, it’s unusual because the people in these small towns rarely leave them. When I go home I’m unusual in that I’m rarely in one place too long. I tell people that I travel because they can’t, that I talk about the people in my town because others don’t. But at some level I just have the fidgets and there’s something to the appeal of elsewhere. 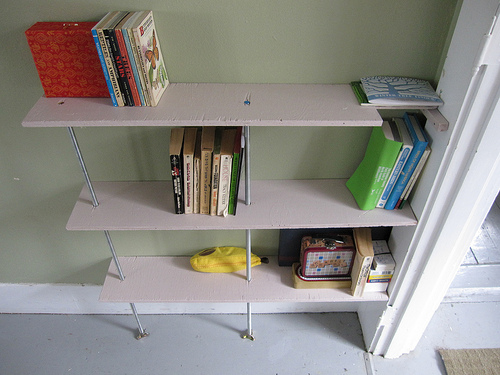 There was a small amount of “Are you doing something special with Jim today?” questioning on Sunday, which seems normal. The short answer was “no, we decided not to” and the longer answer has more to do with the nature of long-distance relationships and the fact that we’d been together both the weekend previously and will see each other this coming weekend. We did more of a five-day virtual thing. I sent him some bamboo to his office on Friday [who knew you could use frequent flyer miles on bamboo?], we played Scrabble on Saturday, sent some schmoopy photos back and forth on Sunday and talked yesterday. Today I’m heading to the post office to pick up my valentine [received: 1210 songs with love in the title, wowie!]. And tomorrow I’m leaving town for three weeks.

The three weeks thing was sort of a gaffe. I made plans to go give a talk on a day I wasn’t actually free. I’ve never done this in six years of speaking, so I apologized like crazy and said “Pick a new date and I’ll go down there!” The date they picked — this is the NorthEast Florida Library Information Network — was wedged firmly between two existing trips, one to house- and pet-sit for my Dad while he goes to Mexico and one trip to Alaska. So as much as 2010 is going to be the Year of Sensible Travel, March is going to be a little insensible.

So I did the be-your-own-valentine thing and assembled some bookshelves that I’ve been sort of slow-motion working on for a few months. I made a valentine for my facebook friends and added a different photo to Flickr. I sent some email and had some fried cheese for dinner [on sale at the supermarket!] and had a bangup hilarious phone call with my favorite [and only] sister and called it a day. Moderate expectations, amply exceeded, and a five day Valentine’s Day. Hope you had, have, or are having a happy whatever-you-have. 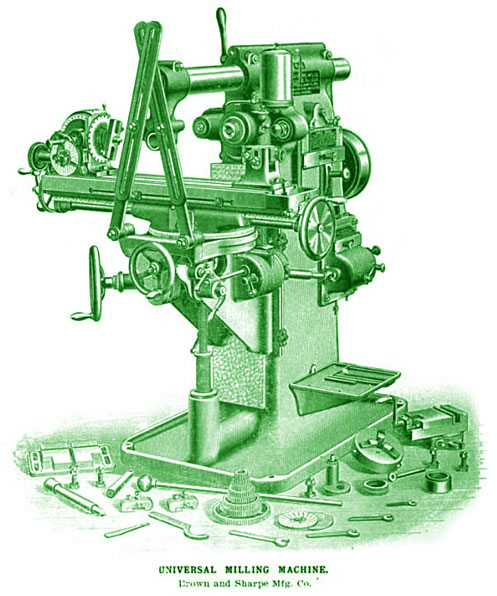 I was discussing with friends lately how the 1890s is my favorite decade. Back when this blog was just a teeny “what I did today” ramble, I’d take machine shop photos and colorize them so that I could have images to use next to some of my posts. This usually involved, in the late 1990s, taking a photograph of a book. Well now I can go go Google and read an entire book from 1895 full of fun machine pictures and even add it to my so-called bookshelf.

Nothing has been going on this week other than the normal stuff. I have had a cold and have been doing the lay low thing in addition to my usual work. I got very “rah rah” about blogging stuff when I was doing it for BoingBoing, but coming back to my little “hey here’s what’s been up” box that I type into does not make me want to go off and research 19th century dictionary advertisements [though I have a great old advertisement for one]. Here are the photos of my trip to Florida. I had a nice time. 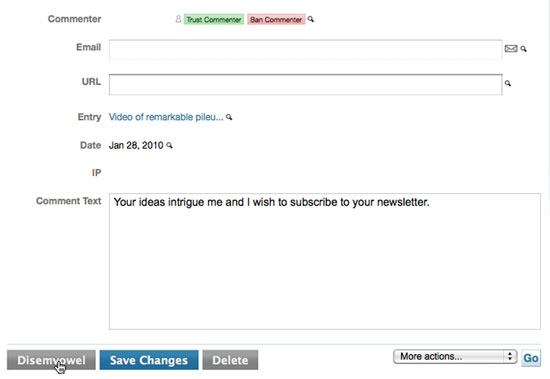 So hey, I was over at BoingBoing this week. This was also the week my friend Dawn came to visit and I was in Florida for three days. I also worked at the school like normal. It was sort of a hectic week. I don’t read BoingBoing usually. I like it but can’t keep up with it. This past week, I enjoyed getting to see the other side of it. I’m more used to the world of MetaFilter where posts are for other people, not about yourself, don’t have photos, etc. I had a hard time adjusting.

So, in case anyone’s curious, here’s an annotated list of what I blogged about there, with some extra “where do you get your ideas?” notes tossed in for good measure. I’m typing this on a plane [with wifi! expensive! too expensive for me!] on leg three of my six leg [car-plane-plane-subway-bus-car] trip home from Florida. Update: I am now home. My last post appeared on BoingBoing flanked by McDonald’s ads.