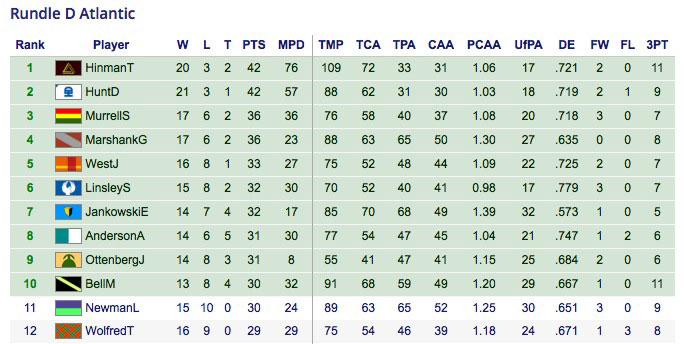 That I am no longer in the D League in my trivia league, a fact that has pleased me considerably. You don’t really have to understand this chart except to know that the little orange flag next to WestJ is me and that being in the green zone means you get promoted. Welcome back, my brain. 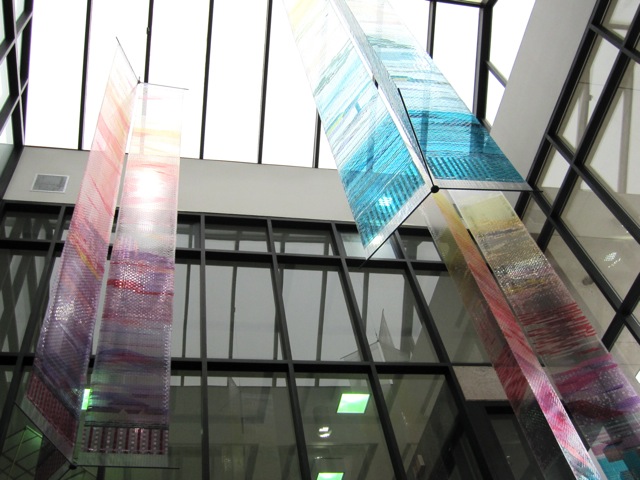 There’s a lot of talk locally about the new normal. If your house got swept away in the flood and you maybe got a big check from FEMA or other places, there’s still adjusting and a lot of pieces to pick up. FEMA and the local community action places tell people it’s 18 months before things get back to normal and even when you get there, it’s the new normal, not the one you used to have.

I’ve been back on the horse lately. Drove to give a talk in Maine which was really fun and went well. Hid out in the state library awhile afterwards which is a cute little gem in Augusta and where this photo is from. Now I’m home making flight reservations and travel plans and worrying about staying healthy during flu season and idly thinking about buying new luggage and getting a haircut like I always do. Some people count sheep when they’re falling asleep, I design optimal luggage.

Kate and Ned came up here and, with me and Jim, we went to the Tunbridge Fair. It was so stupidly nice to get to spend some time together that wasn’t all wrapped up in memorial services or catching runaway cats or meeting with lawyers or money people. I ate a lot of junk food and took photos of chickens and had a good time out in the sunshine. I’m pretty good at this shoulder to the wheel routine–doing what needs to be done–so it’s sometimes difficult to remember that there are other things I’d rather be doing. I made a new little mossarium. I’ve got a book I’m excited about reading. I have a treadmill [NOT a metaphor] to get back on now that running club is over for the year, I have classes to teach.

I even decided to put my place up on AirBnB, you know if someone wanted to rent it while I was away. I think this unlikely but what the heck. You can see some photos here, they’re burning through venture capital so they’ll send a photographer to your place if you ask. If you’re AirBnB curious but haven’t signed up yet, feel free to use this link and it’s like some hobo ponzi scheme where I’ll get travel credit when YOU travel.

Oh and I’m in the promotion range for trivia, aiming for the C League. If you remember my earlier discussion about my trivia league, you’ll know that this is a very good sign. I even got some leisure in during the Virgo Month of Leisure. I could like the new normal. 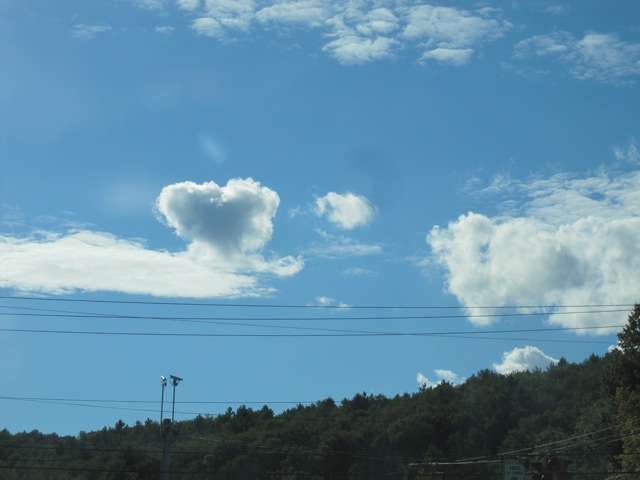 Richard Brautigan wrote a very short story that I’ve always liked called Complicated Banking Problems, about a guy in line at the bank and the amusing things people ahead of him are doing, things that are taking forever. The guy right ahead of him has 848 checks to deposit which cover the counter “like a success snow storm” an evocative phrase that’s always stayed with me.

The last few weeks have been full of paperwork, mostly executor stuff (I can not bring myself to say ‘executrix’ it sounds silly) and some of my own stuff. It’s mostly the good kind, bills to pay, papers to sign, communications from lawyers and tax people and money people, money moving around, papers to fax, stuff to file. I’ve finally mostly gotten things into a sustaining system where it’s not all in piles around my house, but until this point I’ve been looking around and thinking “success snow storm” in its own bizarre way. Not that someone dying in your life is in any way “winning” anything, but that a life devoted to working hard and earning money and supporting your family (as my father’s was) can be assessed to be a success if that’s what you wound up doing, met those goals, didn’t leave people a mess to deal with (as my father mostly didn’t). It sounds weird to write it all out like this, but that’s the refrain in my head lately. I encourage anyone who doesn’t have a health care proxy, a regular current will, and clear documents for your surviving family and friends to get on that. It’s important.

And since I’m a weird Yankee, I find it difficult to talk about a lot of this. My sister gently teased me for saying I was going on a spending spree because I bought two six dollar camp chairs when my old ones still worked (sort of, they are rusty) and I am sheepish when asking for advice about how to talk to the gardener at my father’s house, a house on its way to becoming mine and my sister’s. There’s a lot going on.

And this is in addition to other things you might have heard about. The flood (I am fine, immediate neighbors are mostly fine, people further out, less so), a friend visiting for a nice long visit, and a weeklong trip down to Massachusetts where I got to do the thing I’ve been missing up here in my treehouse, get to hang out with a bunch of friends at once, where there is space for everyone and things to do or not do. I love living in a small one-person place here, but it’s nice to have the option of a twelve-person sleepover when it’s appropriate. If you couldn’t make it or didn’t know about it or whatever, there will be other opportunities. For now I’m back at home, filing papers, making grilled cheese sandwiches with my new little griller ($3!) and wondering where my wool socks got to. It’s not quite Fall yes, and the Virgo Month of Leisure has some time left, but it smells like leaves and it feels like hunkering-down.