So hey things have really been okay but I hit a snag which was that I came home from buying a new laptop–a thing I do less than twice a decade and always agonize over for several months–and my home computer had dropped dead. Like literally at the same time as I was at Best Buy arguing with a guy about what sort of charging port this laptop had (I can’t even imagine the type of confidence someone would have to assume they were right when there was an image of the thing ON THE BOX that contradicted what they said. I know I should not go to Best Buy, yes) my computer was at home, failing. I got home and said “Hey look what I got!” and my computer, perennially on, was off. And would not quite turn on correctly again. So, this is all sorts of metaphorically fucked because death has been on my mind lately. However, it’s also a computer not a person, so I had a backup (check your backups folks!) and I knew that if I could work this issue out, I would be fine.

I am a very good troubleshooter and problem solver but my knowledge and my patience has limits. I also hit an “I’d rather toss money at this than take out seventy-five screws and put them back again” wall earlier than some. Long story short, my friends do not share my CUT BAIT predilection and so through the help of several wonderful people–one who sent me RAM in the mail and advice in the email, one Internet friend whose name I hadn’t known until he emailed and said “Can I help?” and we talked on the phone for 90 minutes, and one who had always been my local hero for various problems both logistical and sometimes personal–I now have a computer that mostly works, has a new hard drive and RAM, and all my photos, music, and nonsense from the last twenty-plus years. The screen is being held on by rubber bands until my screen gasket sticky tape stuff arrives in the mail. My dad would have loved this story, it has a happy ending.

I literally have email on this thing from when I was in library school. And yes I sometimes read it over. It’s interesting to me, in my 50th year, to read emails written by thirty year old me and realize sometimes I don’t recognize my former self. Most of the time I do, but occasionally I’m surprised to realize that some event from my past was gone completely until I read about it like I was some disinterested outside observer. I know this is normal.

So today I got up early to restore all my old data back on the thing from my backups (check your backups folks!) and I’m writing the last stuff on my old iMac, a ten year old computer I’ve gotten re-acquainted with but never really warmed up to. I’m looking forward to–no really–sorting through three weeks of digital accumulation and putting everything in folders. I haven’t actually used my new laptop yet because I’m superstitious like that. I figure once I put a sticker or two on it, it will feel more like mine.

Nothing else is really going on (a lying sentence that I seem to say all the time like it’s some sort of tic but I’m committed to it here) other than me being done with travel-for-work and I’m now starting travel-for-family/holidays which I like significantly more. Things mostly work, they’re still a little broken. I’ve been reading books like they’re going out of style and doing a lot of walking in the woods. I’ve worn my sloth head at least twice. I’ve been cooking squash. Cleaning closets. Connecting with librarians. Dominating at local trivia and getting smucked at online trivia. Trying to make every little thing run a bit more smoothly than it did before. 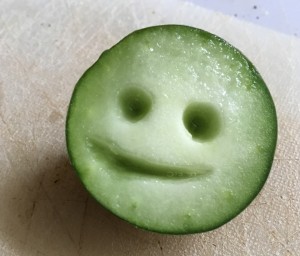