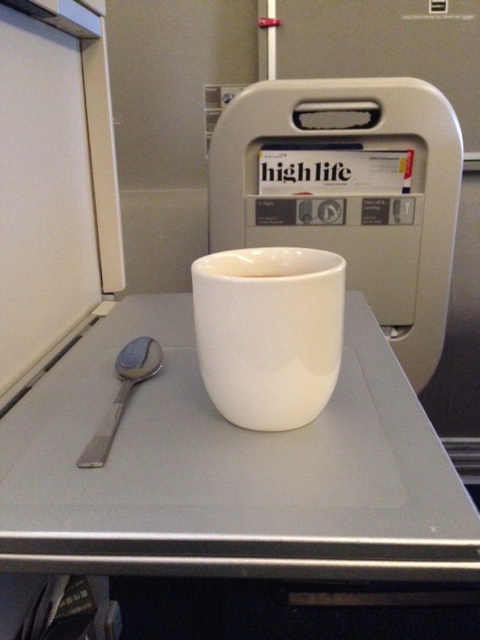 So I am in London. Apologies if I didn’t let you know I was coming. I’ve been down with some sort of sinus thing for the past few weeks (yes, weeks) and while I’ve been treating it and superstitiously wishing for better health I haven’t wanted to make a lot of plans. Except for getting out of town which we did, me and Kate.

Yesterday was one of those Long Days where you get a flight in the evening and have three dinners and then sleep for an hour and have breakfast and then wander around like a zombie for ten hours wondering why you decided to come to this awful place. To be fair it WAS raining yesterday and the AirBnB place we got WAS a little cold (and maybe a little strange) but there’s some peculiar frame of mind when you’re over tired and overtraveled which makes you believe that these problems will never get any better. But of course they do. Today looks a lot nicer.

And the ootchy feeling was despite the fact that we mysteriously got upgraded from Business Class (slightly larger seats for not a lot more money) to Club Class (a seat that turns into a bed which would have cost six times what our tickets cost) for no reason we can discern. Like we were just sitting in the airport with bellies full of french fries and heard our names and went to the counter and they said “We’ve moved your seats” and we were all “Awwww, we picked those specially” and they looked at us like we were insane and said “No, seriously, you’ll like these” and we did.

Club Class is clubby. There was a special room in the airport to eat free food, special nonsense on the plane (multiple packages of slippers and toothbrushes and free magazines and alcohol) and even a special passport line when we got to Heathrow. I have traveled first class once before in my life (got bumped and upgraded) and it was full of odd people at least one of whom was actively rude towards me the entire trip in that “You don’t belong here” way. Which I totally buy into because hey, I don’t think I belong there either! While I think it was sort of obvious that Kate and I maybe didn’t belong in the Club Class section (who else plays with the seats for 20 minutes?) we did enjoy it a great deal. I try to take nothing for granted. This was a gift.

Now we’re having a slow loris morning figuring out how weird is TOO weird for an AirBnB place (are two towels enough for two women for six days? Is turning the oven on to get the place above 62 degrees reasonable? Is expecting more than one of the four pillows in your bedroom to have a pillowcase asking too much? Is the place otherwise pretty decent?) and seeing which museums are open on Monday. When I was here in August I went to a lot of meetups and walked around a just looked at things. This time around we’re planning to go to fewer meetups, more museums and work on getting our travel mojo back. So far so good.