My photos of Dubai are now completely uploaded and in a photoset on Flickr that you can see here: Dubai 2007. The cactuscam was a success and allowed me to see the christmas cactus flowering until something happened and it went dark on Decembe 11th. Here is the last photo from the day I got back. As I recall from the last time I went left the country in mid-December, coming back to a US that has gotten its Christmas on while I was away is always a little jarring. Christmastime in Dubai was interesting because Dubai is a Muslim country and so it is crystal clear that the trees and ornaments and lights designate a secular, shopping holiday. It’s a little more murky here.

However, I like Winter. And yesterday I woke up to a box of fancy english muffins on my doorstep. In two days from now the days are going to start getting longer. If that isn’t a bang-up reason for a celebration I don’t know what is. So, it’s early Monday morning. My apologies to those people who are Flickr friends of mine who now have to suffer through all the second-string photos that I am now uploading in fits and starts. Now that Flickr works reliably and I have an always-on connection, I have been filling in the gaps of the trip narrative. I’m a bit cheerier than in the last post. The facts haven’t changed, but my outlook on them has. I’ve had good conversations with friends and family and am looking at the back end of a long plane ride, not an impending 24 hour trek. The plane ride is funny. The sun set in Dubai around 6 pm. My flight was at 2 am. I was on the plane for 14 hours — not great, but not that bad either, I don’t mind planes terribly and Emirates is a decent airline with good food and movies — chasing the dark around the world. So, Thursday night was 20+ hours long. I got to NY, had a five hour layover, amused customs with my luggage full of candy, and got home just as the snow was starting to fall in Vermont.

As of this morning it looks like it’s pretty much stopped and there’s a foot or so of new powder on the ground. Nothing like a lot of shovelling and hollering hello to neighbors over the sounds of the snowblower to get you back to your home-based reality. You’d think getting up at four or five am would mean I’m more productive somehow, but it only means I stay in bed reading longer.

I’m sure I’ll have more updates and reflections on the trip when I’ve settled in more. I’m still getting used to the cold toes and uneven icy ground and the women, there are women everywhere here! So I’ve been here about five days. The first two, which included the conference, were a blur of librarians and jet lag. The third day was a mass of paperwork and mall walking and yesterday was a noodle around town day. Step, the friend I am staying with, is going to Abu Dhabi to teach a few classes for the local digital preservation initiative (oooh metadata) and I will be tagging along. We leave in a few hours and I’m looking forward to the car ride even though traffic here is a really different animal from the no-traffic back home.

I’ve been enjoying myself, despite tiredness and weather adjustment and weird internet foibles. My talk and workshops went really well and you can read about some of the odd synchronicities I’ve experiences over at librarian.net. In a nutshell, when you’re in a place like this with a large number of expats and people who travel around, don’t be surprised if they know you from … somewhere. At a conference of 100 people, I met two people from Vermont, two people who had seen me speak before and one person who I’d served on a five person committee with four years ago. Oneof the women from Vermont actually had my home phone number in her address book because she knew Ola. I’m used to the small world phenomenon but this was pretty impressive even to me.

I wonder sometimes when I travel if the food situation in Vermont won’t be the thing that ultimately causes me to be one of those people with a summer home there and a tiny apartment in some big city somewhere. I’ve eaten food from a different nationality — Iranian, Lebanese, Indian, pseudo-Mexican — at pretty much every meal. It’s great to get to eat so much hummus that you’re not just like “Mmmmm hummus” but where you can actually explore and appreciate the variety of tastes in the different kinds of hummus. All this and I still can have coffee and a bowl of cereal for breakfast and be in the pool as many days as I want to be.

Yesterday I headed into the city with a backpack and no destination other than the public library. The library system here is, like many things here, relatively young. The cab driver didn’t know where it was and there is no big central library. While Zayed University has a really lovely library, the local public facility was small and seemingly underutilized. I walked around taking photos which I am slowly uploading to Flickr for or five at a time. And then I just walked. I had a guide book in my bag and an email from my friend with some good advice but I just ambled around lookin at things. I had some great meals, ate bizarre candy, went to the museum, took an underpass that actually went beneath the canal, took the water taxi back across the canal, went into a bazillion little shops seling all manner of things.

I was, for the most part, almost the only solo female under the age of 60 that I saw all day. I don’t mean just traveller/tourist, I mean female person. It was totally disorienting to be walking up and down completely full streets of people and suddenly thinking “Wow, I haven’t seen another woman in 10-15 minutes”. I vaguely remember Turkey being like this as well. However, unlike Turkey where I didn’t get out of the big downtown Western area much I was out and about walking for hours and it was always somewhat the same. This wasn’t any sort of problem — no one gave me a hard time, no one seemed to much care — it was just a constant vague awareness.

Last night we just sat around on the couches here at Step’s place and ordered food in and watched Syriana which was filmed partly here. Since I’ve been here I’ve been asking Step a million questions “what about the nomads?” “how do the royal families interact with everyone else” “what can you tell about a person by how they’re dressed?” and the movie I think makes a new sort of sense to me than it would have if I had seen it five days ago. 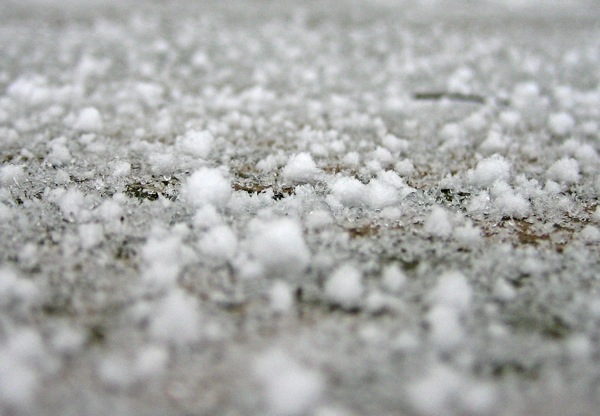 So as of tomorrow evening I’ll be on my way to Dubai for ten days including about a day of not-so-bad travel each way. We just got about a foot of snow yesterday. I like snow, a lot. However, the beginning of the end of surefootedness on the ground I walk on takes me by surprise every year. This way, I can come back to the icy wavy wobbly ground expecting it. I went to the post office yesterday while it was still snowing and had to walk in the middle of the road since the sidewalks weren’t plowed yet. There wasn’t much traffic but when there was I had to leap for the side of the road into a dune of snow and salt. It was worth it, the post office is always worth it. The weather in Dubai looks like it will be fun for a visit, not so great to live there.

I’m giving a keynote talk at a library conference, sitting in for a Q&A session and then leading a few workshops on blogs and wikis and how they work. Then I have about a week of screwing around. My pal Step is there and she’ll take me a few places and I’m sure there are places I’ll see on my own. I want to see a greater flamingo. I’d like to walk around on a sand dune that I don’t have to tread lightly on for fear of erosion. I want to sit on a new beach and talk to new people.

As I’ve told people where I’ve been going and why, the responses have been interesting. There’s the normal amount of “Go you!” and “I’m jealous.” [to which my reply is always “Just go then. Once the money is in line all the rest is sorting priorities.”] and then there’s the weird “OMG are you going to have to wear a VEIL” jokes. It’s true that many women there wear full body coverings as you can see when you look at the library website. However, Dubai is fairly Westernized and people visiting can wear pretty much whatever they want with the caveat, as my friend let me know, that more revealing clothing will attract unwanted attention of the “I’m going to treat you like a slut/prostitute” variety or just feelings that you’re not being respectful. I guess to people for whom this is an eternal abstraction — men, people who don’t travel when not in the company of men, people who don’t travel — this may seem amusing or strange or worthy of ridicule.

For me, it’s just a little scary to remember that while I feel totally okay generally doing whatever the hell I want here in the States, that may not fly elsewhere. And it won’t fly because I’m female. And, more to the point, I won’t know until I get there. Exciting, sort of.