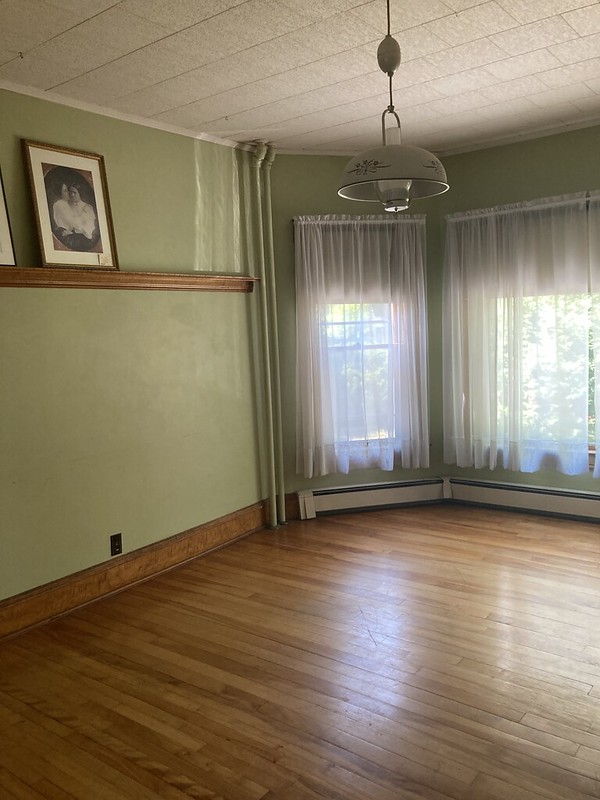 I thought nothing could top last summer’s “Clean out mom’s house” project for being the exact opposite of what the Virgo Month of Leisure is supposed to be about. I was wrong. I bought a house, just up the road; I move tomorrow. I’ve been balancing some health stuff (I am fine, just some pain I am getting slow-mo dealt with) and so I’ve been spending this past month alternately packing and resting, mostly alone because I’m not feeling fit for company. I like packing and I like to think I’m pretty good at it but I’m now in the “last five boxes” phase where I figure I’ve only got five more boxes left of stuff but then I fill those and… there’s still a small amount of stuff left, maybe five boxes worth. My neighbors have a barn that contains an endless supply of boxes for which I am very grateful.

The very good news is that I’ll spend the largest chunk of the Virgo Month of Leisure mostly unpacking which is an eventual “order out of chaos” process that pleases me. I’m going to have stairs on the INSIDE of the house which feels so very fancy. And I’ll have a guestroom that isn’t also in my office. Once I start feeling better, you should come visit. I added all the photos I took for my insurance inspection to the Flickr photo set so feel free to give yourself a virtual tour.

This Pandamnit holding pattern can seem a little like a time loop some days so I guess I wasn’t surprised that it’s September. I just had a very nice birthday (as good as could be expected) and am circling back to a list I was going to make one of these days, when that was maybe a month ago. I looked at this tweet that Tasha made and thought HOW. And the answer is “Hey that is someone with better boundaries than me, maybe.” Because it’s a challenge, right? I am a little underemployed. I am a helper-type person. There is always work to be done. I can do some of it. But, as I learned maybe in March, if you’re giving fractional time to a ton of little organizations, when things get tough and you’re asked to give a little more, that can quickly snowball.

I’ve mentioned elsewhere (thought it was here but it was not) about the Discardia model, of trying to only have 5-6 “buckets” of stuff in your life. For many people work and family are two of those buckets and then you can have one for hobbies, one for civics, whatever. I go back and forth between feeling like I have too many and then too few. So, I decided to make a list of “buckets” that aren’t my usual work and family buckets.

Most of these are pretty low-engagement commitments. A meeting a a month, maybe some homework in-between. Some of them are more busy generally–the Archive work is a mini-job–and some get busy at certain times. During election times, there’s at least one whole day of poll work and a few meetings. And right before Humanities Council board meetings all the committees try to meet and touch base. I’m pretty sensitive to “This meeting could have been an email” situations and I’m lucky not to get into them too often.

All this is to say, I haven’t felt isolated, even as my in-person contacts are few and far between (and masked and distanced). At the same time, I just now finally sewed those three buttons back on my duvet cover, a project I’d been meaning to work on since March (Three buttons! It took 15 minutes!). So part of my “prepping for the colder months” is going to be trying to carve out some time for the Keep Jessamyn’s Nonsense Running Smoothly Committee and the Think about Vacuuming Once in a While Committee and the Make More Food From Scratch Working Group. Which nominally means I should probably pick a few other things to remove from that list. But let’s be honest, I probably won’t. Happy Fake Labor Day, dont’ work too hard. 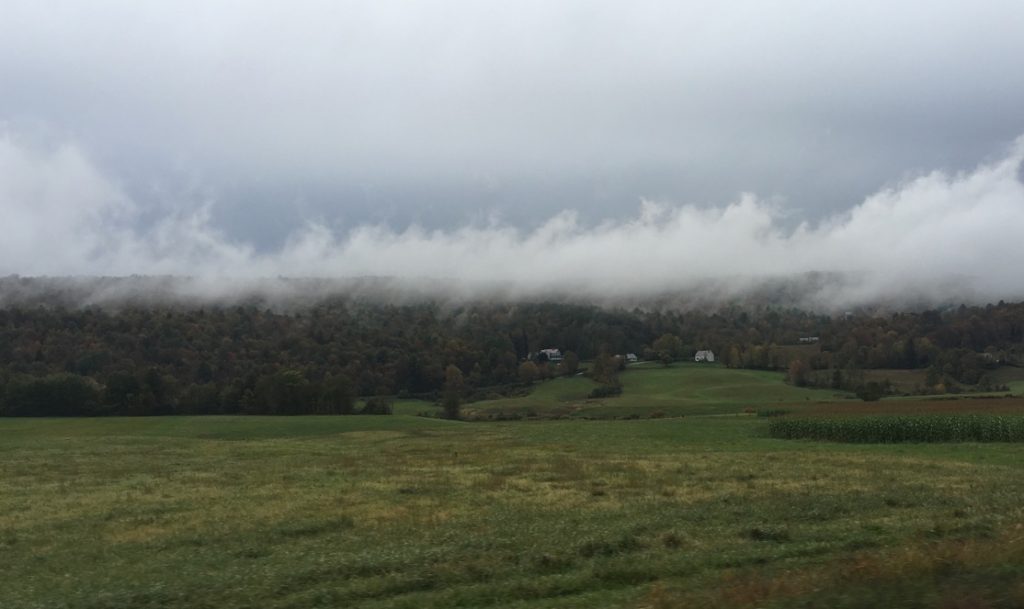 So hey I think I managed to break a leisure record this Virgo Month of Leisure! The bad news is that’s because I’ve been feeling borderline punk for a few months now. I always thought of myself as someone in pretty good shape, but every so often I just come down with… sinus nonsense, or a weird pulled muscle, or this time some strange respiratory thing of indeterminate origin that also sort of overlapped with the Return of Shingles. So I’m back on the shingles medicine and I’ve been taking it easy which is somehow more fun when I’m at home and can do little things like head out for a chicken pie supper with friends and then go home and flop out and not do much. I’ve been getting an absurd amount of reading done.

In between all that, I’ve been working the problem and getting medical stuff slowly checked out. It’s breast cancer awareness week (you’re welcome for no pink outline to this post) and I got a mammogram (all good). If you’re someone with breasts, you should make sure you’re up to date on yours as well. October is really my favorite month because more things than usual are my favorite color. Even being crashed out on the day bed looking out the window is mostly a delight. Ronni turned the furnace on early this year (it was 32 the night before last) and there’s something peaceful and calming about not shivering while you type.

And my birthday, which was the day after my doctor’s appointment where my doctor said “You seem fine,” was actually nice, just a lovely day wandering around town saying hi to people while running errands, and then wrapping up with some drinks with friends up the road and wandering home through my dark neighborhood by myself. Since then I’ve performed two weddings (one more formal, one less formal), gone to a lot of meetings, played some board games, and spent a lot of time enjoying the lava lamp Jim gave me which has been an unexpectedly fun thing. Next up: applesauce and a quickie trip to Florida because I do still do some work around here. 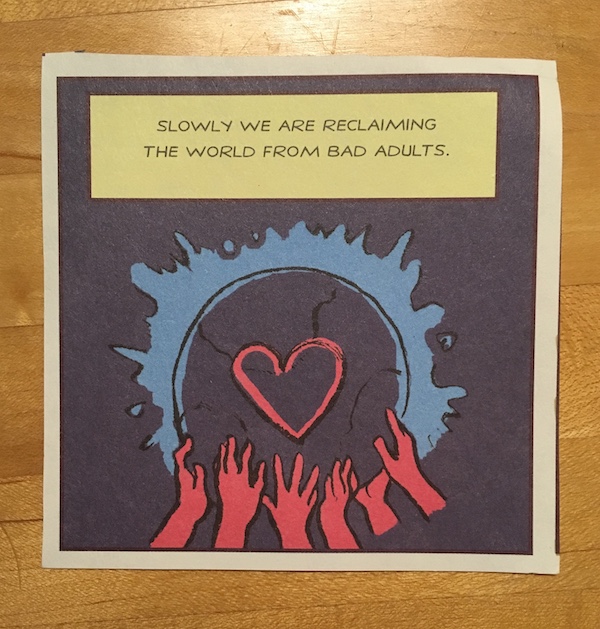 It was all I could do, when I was reading the Futel Party Line zine, to not just call up their operator and say “I want a free pay phone. In Randolph.” Because, hey, that would be cool. But realistically, someone would have to manage that project. And, if I am being honest, I am maybe full up with service work, as much as I enjoy it. This image is from the brochure I got with the zines. It amuses me that I can still think I am not “the adults.”

It’s a sort of thing about being underemployed (which I am, though not in a bad way) that you try to fill the days. But if you’re not going to a place and staying there for several hours a day, it’s hard to decide what “full” is. I spend a lot of time typing, and going back and forth between communication channels, solving problems. And I’m still feeling a little mystery-sick (have a doc appointment, things are proceeding apace) which limits me a little. Here are my little service projects.

Otherwise I’m just doing my summer thing. Childnado VII went great; it’s so good to have regular times to see old friends. I feel the same way about Jimsmas (Jim and Other Jim and two other friends with 12/6 birthdays get together for food and cake) which isn’t until December. I’ve put off doing birthday stuff this year until I’m feeling better but Virgo Month of Leisure is in full effect and maybe I’ve got a shot at it this year. 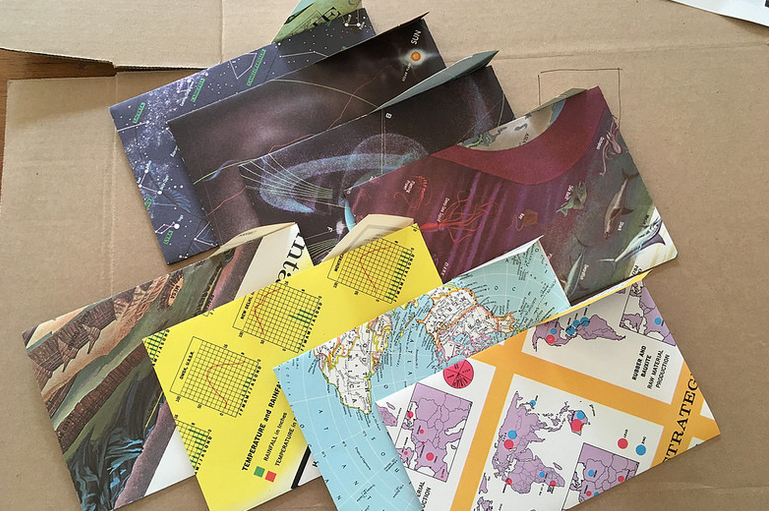 The coda to the last post is that I wound up with another consulting gig, same amount of time and over twice the pay. I am happy to be a person who lands on her feet.

This summer has been a nice mix of some work and some play. Staying off the internet is good for my mental health and yet I am bad at it. So I made an offline project which is my 50 x 50 project. I turn 50 in a few weeks. I am sending 50 cards and letters in the month before that. If you are reading this and we know each other in real life and I have your address, there is a decent chance I am sending you one. This started out with making notecards using a technique in a book called Creative Correspondence. It’s a fun book with simple suggestions. One of them is basically bubble stuff + sugar + food coloring + straw to make these cool lunar patterns on paper. After sending out a few moon-y postcards, I was doing some cleanup here with Kate, getting rid of extra books, broken books, bad books. One book was an old atlas that had grown some green fuzz on the outside. It had gotten as far as the recycle bin when Jim asked after it… weren’t there some good maps on the inside…? Jim is always a sucker for maps. And since the green fuzz was only on the OUTside, we took the inside of the atlas back inside the house and I’ve been using it for envelope making, another thing described in the book. In this one, you take one big piece of paper and fold it a few times and then you have an envelope that is held together just by the stamp on the front. It’s quite elegant.

So, you know me, perpetual helper-lady, I made a little photo-essay so other people can see how to make notecards and envelopes too. This is where I admit that the Virgo Month of Leisure starts tomorrow and I am busy already. I will make another post outlining my decade-plus of Virgo Month of Leisure fails. I did make a new little web page for it. #VirgoMOL What are you doing this month? 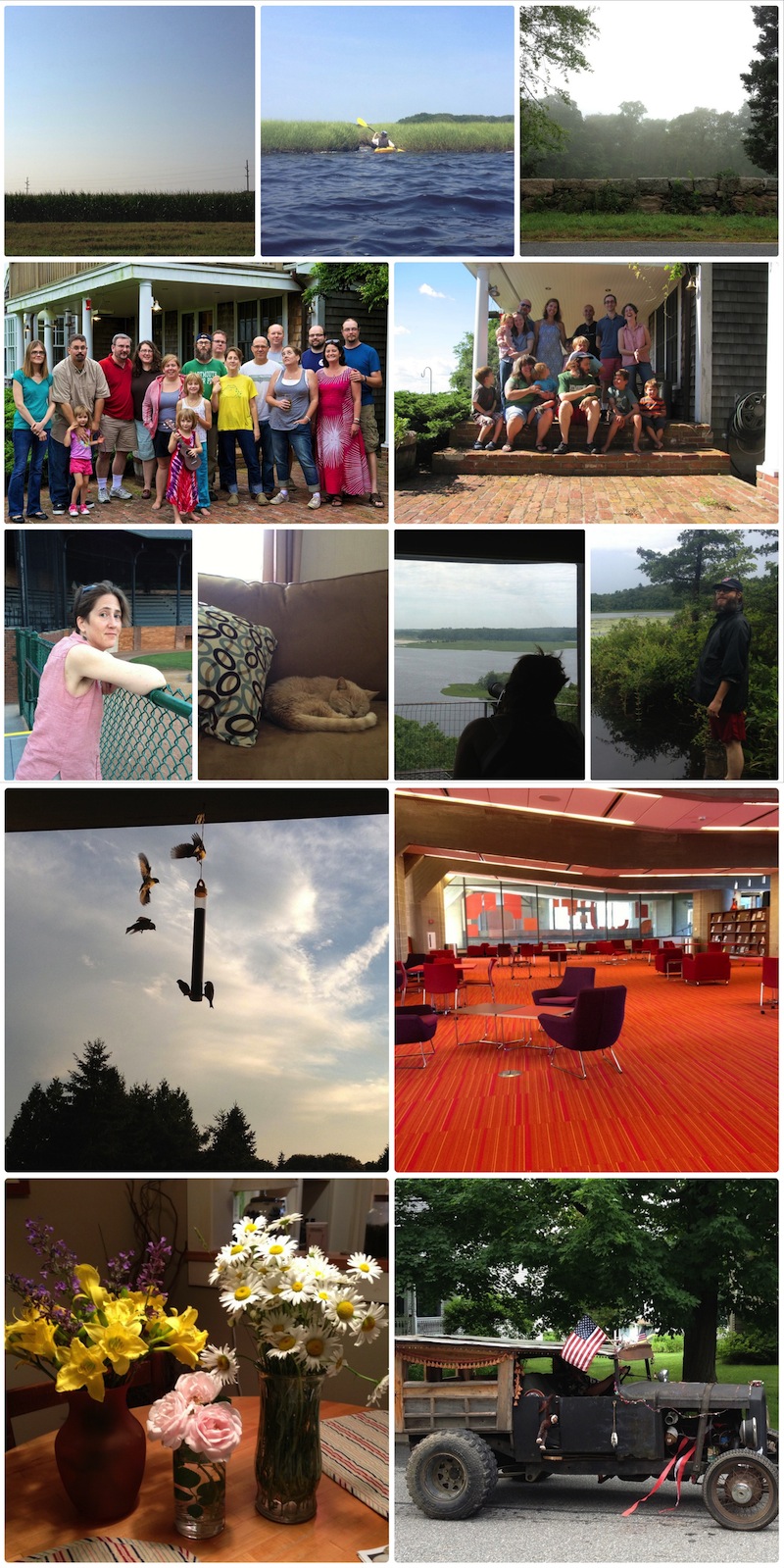