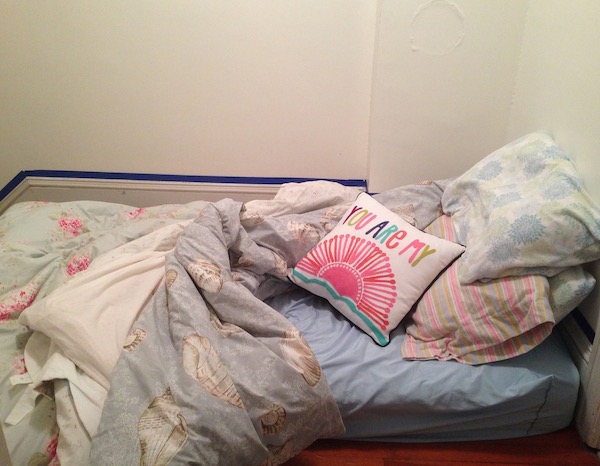 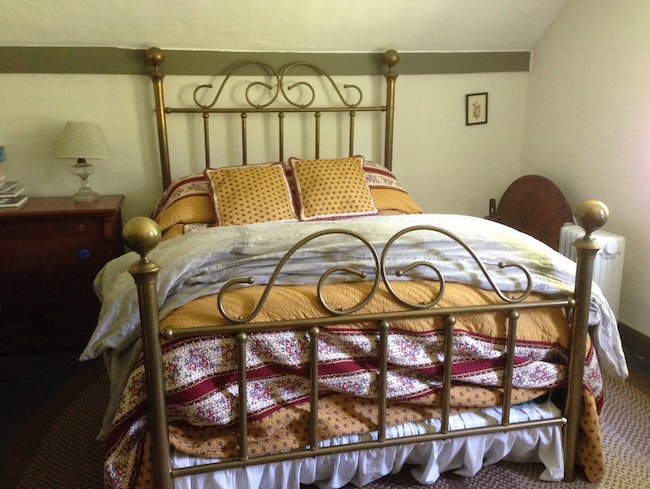 Here are photos of the places I slept in 2014. I know I didn’t keep photo-track of the guestrooms I stayed in during 2013, but I didn’t know it had been so long since I’d made a blog post about them. A few years? I’ve been traveling less (and enjoying it more) so a lot of last year was just me going to Westport or my sister’s place. A few notable trips: first visit to London and an epic journey to Mackinac Island. 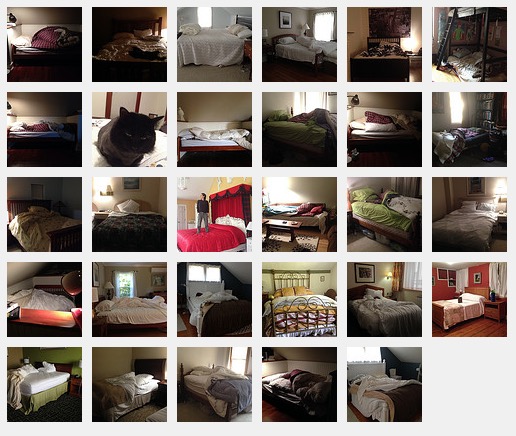 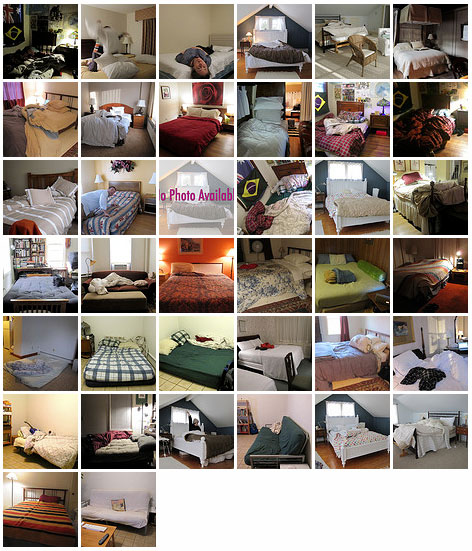 Places I stayed in 2010. You’ll notice the list is significantly shorter and almost all of it takes place in one of three states: Vermont, Massachusetts (Westport, Amherst, Belmont, and Boxboro) and Florida. I only left the country once overnight. Nine different states, one province. This is some sort of progress. This coming year my plans are more or less the same. Somewhat less travel, fewer airplane rides, see how that feels.

Places I stayed in 2009. I am hopefully not jinxing this by doing it three days early. This year I lived in one place for the entire year. I also had/have an out-of-town boyfriend so a lot of these places are his place. See it evolve! I’m pretty sure this is the zenith of days away, though maybe I always think that…. Thirty-five distinct places. Seventy-four photos. One hundred and sixteen nights, more or less.

As before, stars indicate multiple visits to the exact same place. Numbers indicate number of distinct guestrooms at each location. Past years: 2008 2007, 2006, 2005.

Places I stayed in 2008. Again, I’m heading in an upward direction. I think this will change this year. However I said that last year. Here’s a picture and a list. Hereâ€™s the list for 2007 of places I stayed that were not my house. As before, stars indicate multiple visits to the exact same place. Numbers indicate number of distinct guestrooms at each location. I started adding the photos to the map, but I sort of gave up. Seems a little weird to geolocate my friends’ houses and it’s a LOT of places. Back of the envelope calculations are 106 or so nights away from home, though many of them happened the month or so when I was moving. 2007, 2006, 2005 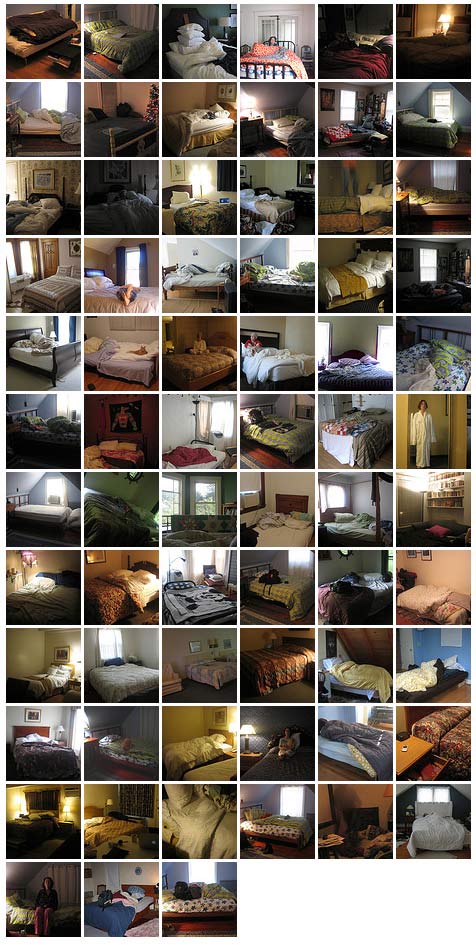